In this first message of the series Eugene deals with the personal destiny of each human being based on what road they are traveling on.

Under this question Eugene Higgins deals with the subjects of life after death, heaven and hell and eternity.

Eugene Higgins explains why and how the Lord Jesus will take all believers in Christ to heaven before the events of the “great tribulation”, and urges you not to miss this event.

From the Bible Eugene Higgins traces the history and future of the Jewish nation.

Eugene Higgins explains many of the Bible’s prophecies relating to the end of the present age, a period in which Israel will be attacked but ultimately delivered.

Eugene Higgins explains many of the Bible’s prophecies relating to the end of the present agEugene Higgins sets out the incredible details – from Matthew’s gospel and John’s Revelation – of the catastrophic events that will hit the earth at the end of the age.e, a period in which Israel will be attacked but ultimately delivered.

Eugene Higgins gives a true Biblical view of heaven, and emphasises the fact that all of its occupants are ‘saved people’ who praise their Saviour, Jesus Christ, who died that they might be there.

Eugene Higgins reveals what the Bible has to say about the coming world ruler, known widely as the anti-christ, whose number is 666.

Eugene Higgins highlights the two notable end-time cities – Babylon and the New Jerusalem – and contrasts their occupants and destinies.

Eugene Higgins explains the great event known as the second advent of Christ – when He returns to earth to inaugurate His kingdom and reign supreme over the world that presently ignores and rejects Him.

Eugene Higgins explains what ‘the Millennium’ – the 1,000 year reign of Christ – is all about.

Eugene Higgins presents a powerful and thought provoking message about the final judgment of all the wicked dead at “the great white throne”. 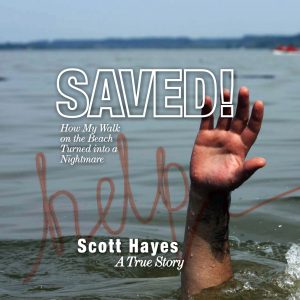 Listen to the recordings of many more messages at the following sites:

Click the link below to watch the recording from the prior night’s gospel meeting:

Please read along with the Bible verses as they are read (including with a Bible app), versus just listening  to them being read, so that you can see / know the Word of God for yourself!